What’s the USP? In an act of post-modernist, self-reflexive irony, Phaidon, famous for publishing very serious cookbooks by the likes of Magnus Nilsson of Faviken and Dan Hunter of Brae have published a not entirely serious cookbook and called it A Very Serious Cookbook.

Who are the authors? Two young chefs who run the acclaimed Lower East Side restaurants, Contra, which has a Michelin star, and its wine bar sibling Wildair and who have serious CVs; Fabian von Hauske (formerly of Noma and Faviken) and Jeremiah Stone (who worked for Giovanni Passerini in Paris and helped Ignacio Mattos open Isa in Brooklyn). Stone and von Hauske embody the ‘bistronomy’ movement of fine cuisine served in relaxed surroundings and incorporate many of the tropes of modern progressive cooking including dashi, fermented items and a sense of abandon when it comes to mashing up culinary traditions.

What does it look like? You might call the book design ‘urban chic’ if you couldn’t think of a better phrase. Recipe titles look like they’ve been scrawled on the page with a black sharpie, the text is printed on pink, green and beige (as well as plain white) paper and there’s plenty of double-page kitchen action photography alongside the moody overhead food shots.

Is it good bedtime reading? Underpinning the comedic aspects of the book (see below) is the urge to be honest and tell the relatively short story of Contra and Wildair (opened in 2013 and 2015) warts and all; the personal tensions between the two chefs, a stinging review, the dishes that didn’t quite make it are all included.

Will I have trouble finding ingredients? A number of recipes will demand a fair amount of effort on behalf of home cooks to source ingredients like tuna bones, unseasoned grain vinegar and fresh hearts of palm (all necessary to make ‘Tuna, onion, tomato’) so you might need to make some carefully considered substitutions to make the book work for you.

What’s the faff factor? There are some relatively straightforward dishes like ‘Beef, paparras, umeboshi’ which is basically steak served with pickled Basque peppers and flavoured butter, but many recipes are very process-heavy and more suited to a restaurant rather than the home kitchen.

How often will I cook from the book? Unless you are a professional chef, A Very Serious Cookbook will be reserved for weekend kitchen project cooking or as a source of inspiration for your own simplified dishes.

What will I love? There’s plenty of New York attitude that may or may not be played for laughs. A list of ‘things that are important to know about the dessert recipes’ includes ‘No fruit sorbets. Ever’ (von Hauske, who worked as a pastry chef for Jean George Vongerichten, prefers the purity of a granita made with very little sugar) and a claim that ‘people treat microgreens like s**t’. A ‘recipe’ for Stone’s secret XO sauce lacks quantities and a proper method, and an entire chapter called Never dedicated to dishes that have either never appeared on their menus or ‘did once and never again’.

What won’t I like? This is primarily a snapshot of a pair of New York restaurants in 2018; the food, the people and the history and philosophy behind them. It has patently not be created to supply you with ideas for last-minute mid-week meals.

Should I buy it? Distinctive and engaging, the book will be particularly inspiring to chefs who are planning to or simply daydreaming about opening their first restaurant. 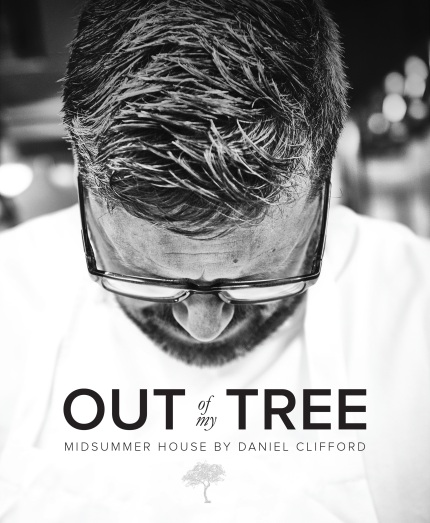 What’s the USP? Two decades worth of recipes and stories that chart the evolution of the iconic two Michelin-starred Cambridge restaurant Midsummer House and its chef/patron Daniel Clifford.

Who’s the author? Daniel Clifford is one of the most revered, respected and, at times, controversial chefs working in the UK today. In addition to those Michelin gongs, he also holds five AA rosettes, the title of AA Chefs’ Chef of the Year 2015 and 8 out of 10 in the Good Food Guide. In short, he’s premier league.

What does it look like? A million dollars. Clifford’s food is very photogenic and has been allowed to speak for itself. Many of the dishes appear to be ‘plated’ directly onto the white of the page, a la Michel Bras’s 2002 book Essential Cuisine, which gives the intricate presentations room to breathe. The exemplary food photography is supplement by ‘family album’ snapshots in the autobiographical sections, bringing personality to the book and breaking up all the glossy perfection with a dose of behind the scenes realism.

Is it good bedtime reading? Clifford is brutally honest in the fascinating autobiographical passages that begin each chapter, both about the industry and his personal life, making Out of My Tree as much of a page-turning blockbuster as it is a document of modern British haute cuisine. Expect to be up to the early hours finishing it.

Will I have trouble finding ingredients? There’s a fair few specialist items such as gelepressa (a thickening agent) that you’d need to hunt down online, and if you want to emulate Clifford’s food you’ll need to source the highest quality raw ingredients you can lay your hands on, so forget the supermarket for the most part and think top notch butchers, fishmongers and your best local independent market for fruit and veg.

What’s the faff factor? This is unashamedly Michelin food, so the recipes are often long with numerous elements and many ingredients and replicating them will be demanding, requiring intricate and precise cooking.

How often will I cook from the book? On very special occasions or simply when the urge to spend a whole weekend (and a whole weeks wages on ingredients) hits you. For the home cook, it’s probably best to see this book as a source of inspiration from which you can cherry pick a sauce here and a vegetable preperation there rather than tackling entire dishes.

Killer recipes? We could be here all day. One of the many wonderful things about Out of My Tree is the warts and all approach. Of course there are the many triumphs; the insanely complicated Chicken, Sweetcorn, Truffle and Peas that won Clifford four perfect 10s on the Great British Menu and includes ballotine of chicken lined with spinach, stuffed with steamed truffled egg white and sweetcorn jelly (to resemble an egg), wrapped in potato string and deep fried. But there are also some embarrassing also rans such as parfait of banana, chocolate and a palm tree-shaped coconut tuile from 1998 (all the recipes are dated) that looks like it might have come straight from a TGI Fridays menu. Clifford has also included recipes for his mums egg sandwiches (served for staff lunch every Friday at the restaurant) and his nan’s cheese scones which he put on the menu when she came to eat at Midsummer House. Cute.

What will I love? Clifford and his publisher deserve a standing ovation for the obvious effort put into this book. A reported three years have gone into its production and it shows from the perfect food (as someone who has been involved in the making of a cookbook, trust me that getting 140 dishes of this degree of complexity to look immaculate on the page takes some doing) to the extensive biography and numerous extras like interviews with past employees and the string of forewords by Sat Bains, Tom Kerridge, Claude Bosi and others. Little details like illustrating the stock recipes with photos of how the finished product should look like elevate the book above the norm.

What won’t I like? This is unashamedly Michelin-starred, fine-dining, testosterone fueled stuff which may not appeal to every reader.

Should I buy it? Out of My Tree is the new White Heat, a once in a generation book. Clifford has put his heart and soul onto every page, making it the culinary equivalent of Dylan’s Blood on the Tracks. Any chef that aspires to Michelin glory and wants to know what that really takes will want it on their shelf and every chef that has achieved that status it will want to share in Clifford’s journey.  Enthusiastic diners will find the book truly eye opening. If you’re a chef, don’t just buy it, send Clifford an email to thank him for writing it; there is much hard-won wisdom generously shared in these 400-odd pages that, read carefully, might just save you years of grief.

Buy this book
Out of my tree (Midsummer House)