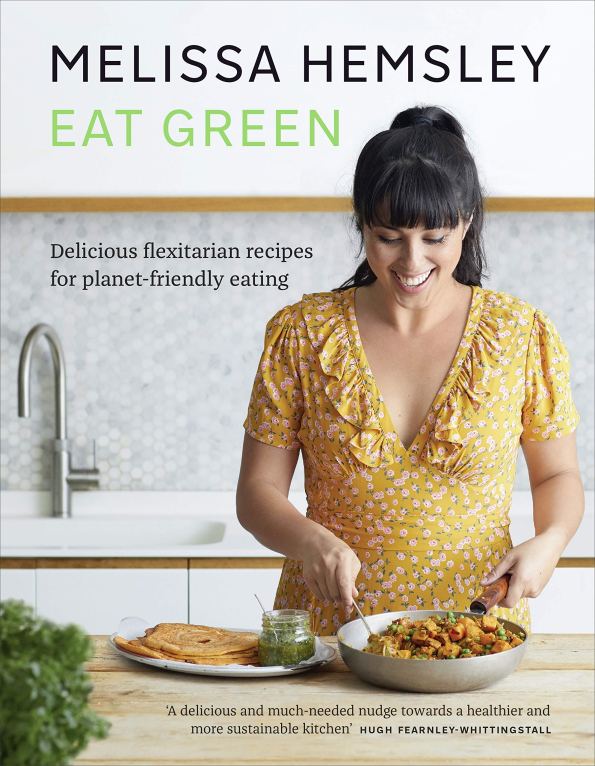 What’s the USP? Environmentally responsible cooking is ostensibly at the centre of Eat Green – a cookbook that looks to create dishes from sustainable, locally-sourced ingredients. The author, Melissa Hemsley, offers up plenty of recipes, all of which will look loosely familiar to fans of her previous cookbooks as one half of Hemsley + Hemsley.

Hemsley + Hemsley? Weren’t they involved in the whole ‘clean eating’ controversy a few years back? Oh no, the Hemsley sisters were very much not involved in the ‘clean eating’ fad. At least, not if you ask them. Back in 2017 the sisters distanced themselves from the movement, just days before being featured in a BBC Horizon documentary on its dangers. At the time, they argued that the term was poorly defined, and they’d never advocated it directly.

“We’re not interested in making anyone feel fearful of food, scared of food, confused about food. We’re the opposite. We never talk about weight, diets, calorie-counting,” Melissa told the press.

So they weren’t part of the fad? Well, not according to them – but the problem with ill-defined movements is that people don’t always agree on where the border falls. Certainly the Hemsley sisters’ books bore many similarities to other titles circling the movement. Their dishes eschewed gluten, grains and refined sugars. Whether mentioned weight and diets or not, there was always a very distinct sense of virtue to the lifestyle their books represented.

Eat Green doesn’t exactly seem free of preachy virtuosity, as titles go. No, and Melissa Hemsley definitely talks up the importance of sustainable eating. She doesn’t spend much time examining why it’s important – but then, that in itself is refreshing. We know the environment is spiralling out control, and Hemsley’s introduction treats our understanding as a given – as it should be.

The recipes themselves do their best to live up to the challenge the title sets. A chart at the beginning provides a helpful map of seasonal fruit and veg, and there are tips scattered throughout for avoiding waste – a really lovely idea that’s executed nicely. Hemsley also offers up suggestions for locally-sourced alternatives where possible. She ignores miso in favour of British-grown fava bean umami paste – which is a bit more of a mouthful than miso on a couple of fronts.

So Melissa has moved on from clean eating in favour of something that’s more objectively a good idea? Well, yes and no. The central focus of the book is definitely sustainable, ‘green’ eating. But as far as the recipes go, nothing much has changed at all. Nothing here would have looked particularly out of place in either of the Hemsley + Hemsley books.  The whole collection clings closely to what you’d expect from ‘clean eating’ at every possible opportunity.

How do you mean? The ‘Celebrations’ section of the book features such extravagant dishes as chickpea caprese salad and ‘mushroom mince’ lettuce cups.

Ah, gotcha. In fact, there’s a remarkable lack of excitement and variety to the recipes on display. There are multiple pancake and galette recipes, and at least a dozen salads that look more or less the same in their photos – piles of loose leaves and chickpeas, etc, that you can tell will be fighting to roll off your cutlery every bit as hard as you are fighting to get them in your mouth.

It feels as if Hemsley was so eager to present green eating that she neglected to include any imagination. The goal, though worthy, should allow much more varied and interesting dishes than are on show here. As a guide, Tim Anderson’s Vegan JapanEasy, reviewed earlier this year, was overflowing with hugely exciting and endlessly appetising ideas – even though its remit was much tighter.

Alright, alright. Calm down, you’ll have a seizure. After this and that Gill Meller review last week, I’m getting the idea you might not have much room in your heart for the sustainable cooking movement. Oh, don’t get me wrong. It’s incredibly obvious that we all need to spend a lot more time thinking about our food habits and doing our best to limit their impact on the world we live in. It’s just…

Yes? Well, why is nobody fun writing a cookbook on sustainable cooking? Why is it always left to people who think a chai parsnip and carrot cake is the best dessert we can manage in our new, environmentally-conscious world?

Killer recipes? The Bubble and Squeak with a Japanese-Inspired Dipping Sauce is a stand-out anomaly, as is the Braised Chicken with Lettuce, Peas and Radish Greens and Mash in a Flash. The one bit of the book that is genuinely brilliant, though, isn’t even a recipe: just before the index Hemsley includes an ‘A-Z of Odds, Ends and Leftovers’ that offers plenty of excellent ideas on how to use those annoying bits and bobs that sit about in the fridge unloved – the tired old fennel, the spare carrot, and so on.

Should I buy it? Look, if you have the Hemsley + Hemsley books, or enjoy any of their contemporaries, you’ll likely get some use out of this too. But this isn’t anywhere close to what I’d call an insightful or particularly useful guide for the average home cook. 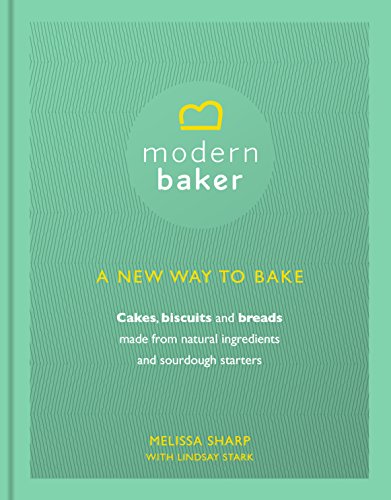 Prior to the recent ‘clean eating’ backlash, the subtitle of this book might have been ‘A Healthy Way to Bake’. Instead, scorn poured on the nutritional claims made by the likes of the Hemsley Sisters and ‘Deliciously’ Ella Mills by a BBC documentary earlier this year may have prompted the publishers to take a more circumspect approach. A disclaimer at the front of the book reads ‘health claims made have been researched and do not state fact but indicate that this is what research suggests’ which some might think is having your nutritional cake and eating it.

Melissa Sharp’s big idea is ‘gut health’, fuelling microbes in our intestines with fibrous prebiotics (fruit, veg and wholegrains) and probiotics (fermented foods) to help produce the serotonin that keeps us all happy and boost our immune systems. That Sharp adopted this regime while being treated for and surviving cancer; has launched a successful business off the back of it (the Modern Baker Café in Oxford) and has received government funding to explore her ideas further lends the book credibility.

Written in conjunction with School of Artisan Food-trained baker Lindsay Stark, the 120 breads, cakes and biscuits included are all interesting, unusual and delicious sounding. It’s a consistently stimulating read and one that makes you want to get in the kitchen and bake gluten-free chocolate, raisin and hazelnut sourdough with tapioca and buckwheat flours or an apple and almond butter cake with coconut oil.

Modern Baker doesn’t just cover the sweet things in life (all made with unrefined sugars of course). There’s a tartine of Brussels sprouts, feta and hazelnuts with coconut ‘bacon’ that’s  made with tamari, maple syrup, smoked paprika and coconut flakes; savoury pesto and walnut sourdough buns and a range of breads including broccoli and Stichelton sourdough (no commercial yeasts are used in the book).  And a huge bonus is that all the recipes are vegetarian and many gluten free, dairy free and suitable for vegans.

In recent years, we Brits have gone baking mad with a consequent glut of recipe books to feed the fad. That Sharp and Stark have managed to add something different to the mix is to be applauded. All rise for the Modern Baker.

(This review first appeared in The Caterer magazine)

Buy this book
Modern Baker: A New Way To Bake