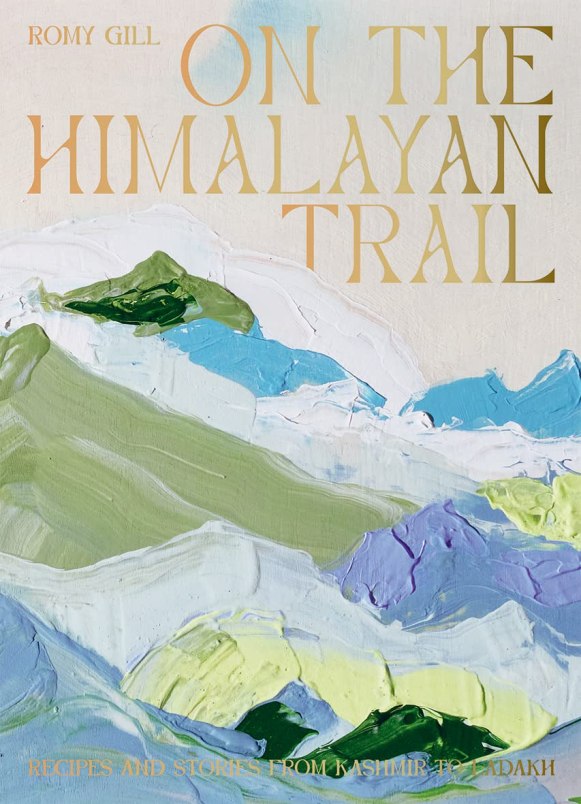 What’s the USP? An exploration of the food from northernmost India – specifically Kashmir and Ladakh, which sit amongst the Himalayan mountain range and are home to a cuisine notably different from more southerly regions.

Who wrote it? Romy Gill, who has become such a familiar name in British food writing that it’s something of a surprise to see this is only her second cookbook. Gill has been a regular across a number of publications for some time now, and has previously run two acclaimed restaurants as well.

The writing of On The Himalayan Trail was fuelled by a trip to the region in April 2021, deep into the pandemic, ‘when [India’s] ever-increasing case rates and deaths were making global headlines’. Gill justifies this decision in her introduction with a quote from Anthony Bourdain, and by claiming that ‘great things never come from staying in your comfort zone’ – a rock and roll attitude that feels a little at odds with the end goal: writing a cookbook.

Is it good bedtime reading? Besides the usual opening section, there are plenty of short essays scattered throughout the book, exploring the ingredients and geography of Kashmir in particular. It’s enough to raise the book above your average regional cookbook, at least in terms of reading.

How annoyingly vague are the recipes? Vague enough that my first attempt to cook one of its recipes was an unmitigated disaster, that’s for sure. I was keen to try the Kaleji Tchokh Charvan – a ‘spicy liver’ dish that subjects the liver to around 45 minutes of cooking, which seemed a little much. A final fifteen minutes simmering in what felt instinctively to be too little water finished it off – I looked away for three minutes and returned to a dried out pan full of burned food. Now, I don’t doubt that this mess was in no small part my fault – but I can’t remember the last time I’ve ruined a cookbook recipe to quite this extent, so Gill isn’t getting off entirely scot-free here.

Will I have trouble finding the ingredients? Attempting to authentically recreate the dishes of one of the more remote regions of a country on the other side of the planet will always involve some shopping for some new ingredients, but for the most part Gill’s asks aren’t out of reach to British shoppers. On those occasions that you are asked to source something relatively obscure, like ‘turtle bean flour’, a more accessible alternative is given (in that case, buckwheat flour).

How often will I cook from the book? This one feels likely to be drawn from your shelf only occasionally. There are a fair few dishes here that would suit a weeknight cook, but On The Himalayan Trail is unlikely to be your first port of call.

What will I love? The book itself is gorgeous – Poras Chaudhary and Matt Russell’s photos are evocative and have a quiet reverence about them. The design, too, is clean and modern, and a step up from the year’s other big Himalayan title – Taste Tibet, which suffered from a dated and frequently overcrowded design.

What won’t I love? That spicy liver dish has left me feeling burned (though not as much as my dinner), and though my second foray into the book’s recipes turned out as expected, I wasn’t won over by the Gaad Te Tamatar: fish in a tomato gravy.

Should I buy it? This is strictly one for people with a keen interest in Kashmir and Ladakh, I think – but those looking for exactly that are unlikely to be disappointed by a well-designed and well-researched book. Was it the greatness that Gill sought as she travelled amidst a global health crisis? Probably not.

Buy this book
On The Himalayan Trail by Romy Gill
£27, Hardie Grant Books